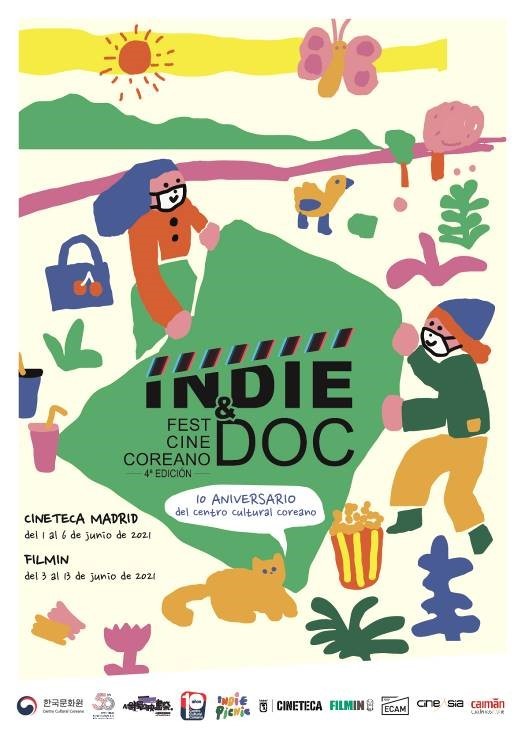 The Seoul Independent Film Festival will showcase Korean independent films at the 4th Indie & Doc Korean Cinema Fest, which will be held from June 1 to 13 in Madrid, Spain.

To mark the 10th anniversary of the Korean Cultural Center in Madrid, Spain, this year’s annual Korean independent film festival will double in size and screen 18 films, according to the event organizer.

The festival will be a hybrid online and offline event, so all 18 films will be screened on Spanish film streaming platform Filmin from June 3-13.

The on-site screening will take place at Cineteca Madrid. The first film on site to be screened on June 1 will be “Move the Grave” directed by Jeong Seung-o, which won the CGV Arthouse Award at the 2019 Jeonju International Film Festival.

More details, including the screening schedule, are provided on the Korean Cultural Center website spain.korean-culture.org/ko, Filmin filmin.es/canales, as well as SIFF siff.kr.

A total of 14 films, including three shorts, are screened one after another at the event until the end of July, and most recently, “Maggie” directed by Yi Ok-seop began screening on Friday.

Details of screening times can be found on the Hong Kong Arts Center website hkac.org.hk and the SIFF website siff.kr.

2021-05-24
Previous Post: How Mark Harmon Turned a Guest Appearance on ‘JAG’ into One of TV’s Most Powerful Franchises
Next Post: Independent films will screen at Clark Park in June