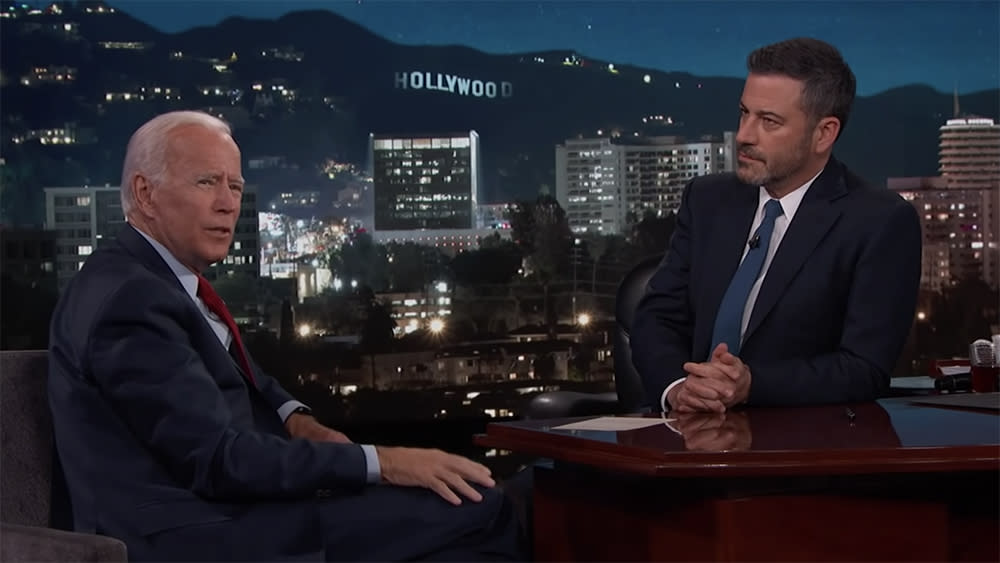 President Joe Biden will be a guest on Wednesday night’s show of “jimmy kimmel Live!” on ABC, appearing in person on the late-night talk show for an interview at Los Angeles’ El Capitan Entertainment Center production studio on Hollywood Boulevard.

The announcement was made on Sunday afternoon by Kimmel during the broadcast of “Jimmy Kimmel live: NBA Finals Game Night” on ABC, which is part of the network’s broadcast of Game 2 of the NBA Finals between the Boston Celtics and Golden State Warriors.

President Biden’s conversation with Jimmy Kimmel will mark his first studio appearance on a late-night talk show since his inauguration in January 2021. Biden last appeared on “Jimmy Kimmel Live!” in September 2019, in the middle of the campaign during the presidential primary of the Democratic Party.

President Biden was a guest on NBC’s “The Tonight Show Starring Jimmy Fallon” in December 2021, although his conversation was formatted as a video interview because he did not visit the production studio. President Biden also appeared as a guest on CBS’s “The Late Show With Stephen Colbert,” most recently in September 2019.

“Jimmy Kimmel Live!” airs at 11:35/10:35 a.m. on ABC. Kimmel’s interview with President Biden will also be available on the show’s YouTube channel shortly after the live broadcast.

Kimmel, Erin Irwin, Molly McNearney, Jennifer Sharron and David Craig are executive producers of “Jimmy Kimmel Live!”, while Douglas DeLuca is co-executive producer. The series, now in its 20th season, comes from 1205 AM Productions LLC in association with KIMMELOT and ABC Signature.