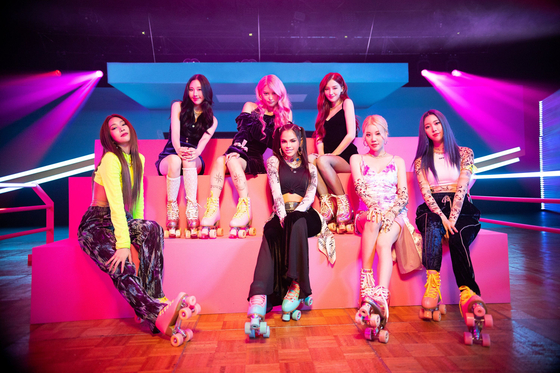 Momoland will travel to Mexico for a TV show appearance

Girl group Momoland and Natti Natasha, second from left in the front row, pose for a promotional photo of their song ‘Yummy Yummy Love’. [ILGAN SPORTS]

Momoland will fly to Mexico on Monday to appear on a local TV show, according to group agency MLD Entertainment on Tuesday.

The group is set to make an appearance on the dance survival show “Todos a Bailar” and perform their new song “Delicious delicious love.”

The band’s next trip to South America will be their second, following a 2019 visit in which they appeared on Mexican cable music channel Telehit.

Momoland is a six-member girl group that debuted in 2016 with their track “Jjan!”

Its members are Hyebin, Jane, Nayun, JooE, Ahin and Nancy.