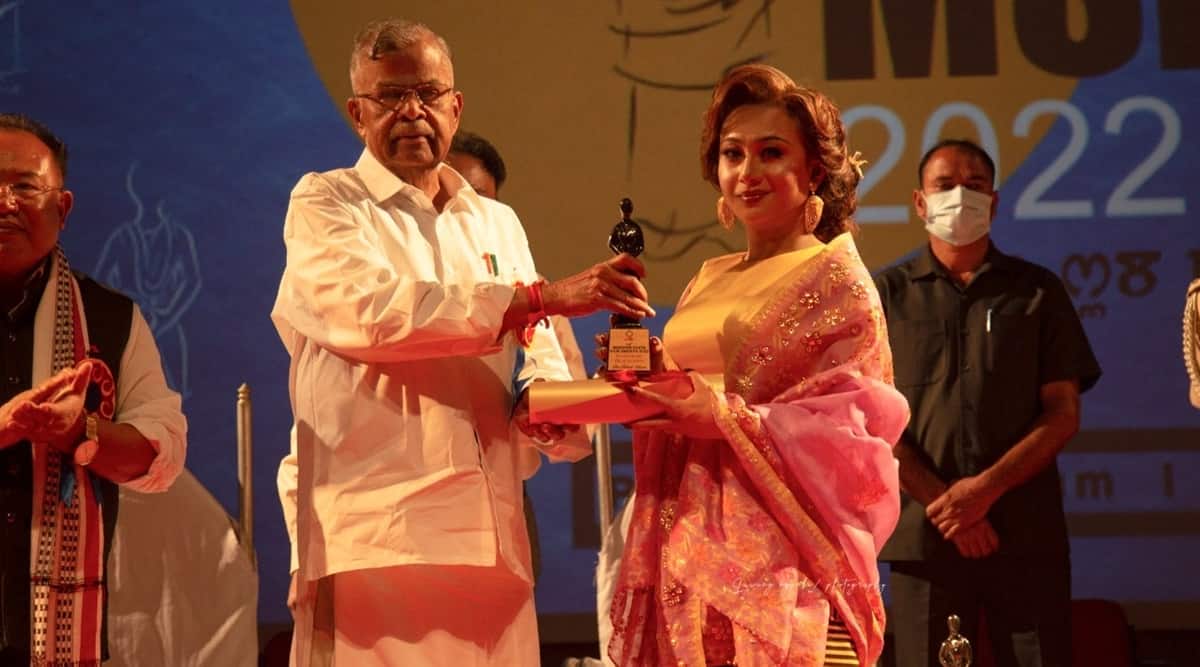 Huirem received the award for his outstanding performance as a transgender character in the film “Apaiba Leichil” (Floating Clouds), which also won the Special Mention award. Two other actors, one male and one female each, were also honored with Best Actor awards.

While third genders have long been associated with Manipuri cinema when it comes to make-up and costumes, Bishesh Huirem has become the first to be honored with a state film award.

In an interaction with journalists, Huirem expressed immense joy that third gender artists in Manipur are receiving well-deserved recognition.

She also lamented that third-gender actors are often given the role of a comic book character in popular movies. Nevertheless, she observed that the film industry has also started to recognize the presence and contribution of transgender people like in Shung Leelas (a traditional play).

Bishesh Huirem is a renowned figure among the transgender community with numerous beauty pageant awards to her credit. She had represented India in the Miss International Queen for Transgender held in Thailand in 2016. She graduated in Professional Fashion Design from Garden College, Bangalore.

Bobby Wahengbam, director of Apaibi Leichil, noted that the film is one of the few that attempts to portray the struggles of third gender people in society. He also expressed his joy that the film was able to reach a milestone when Manipuri cinema was 50 years old.

Sunzu further stated that the MSFD will present a proposal to the government to include a separate category for the third gender starting next year.

Meanwhile, speaking at the awards ceremony, Governor La Ganesan felt that much of the nation’s history is conveyed through films. Noting that cinema is a powerful medium, Ganesan urged filmmakers in the state to produce films that showcase Manipur’s diverse and rich culture. He also promised that he would give all possible support to facilitate the growth of Manipuri cinema.

The Best Feature Film award was won by ‘Eikhoigi Yum’ directed by Romi Meitei and produced by Chingshubam Sheetal. The prize for best director was awarded to Bobby Haobam for the film “Rongdaife”.