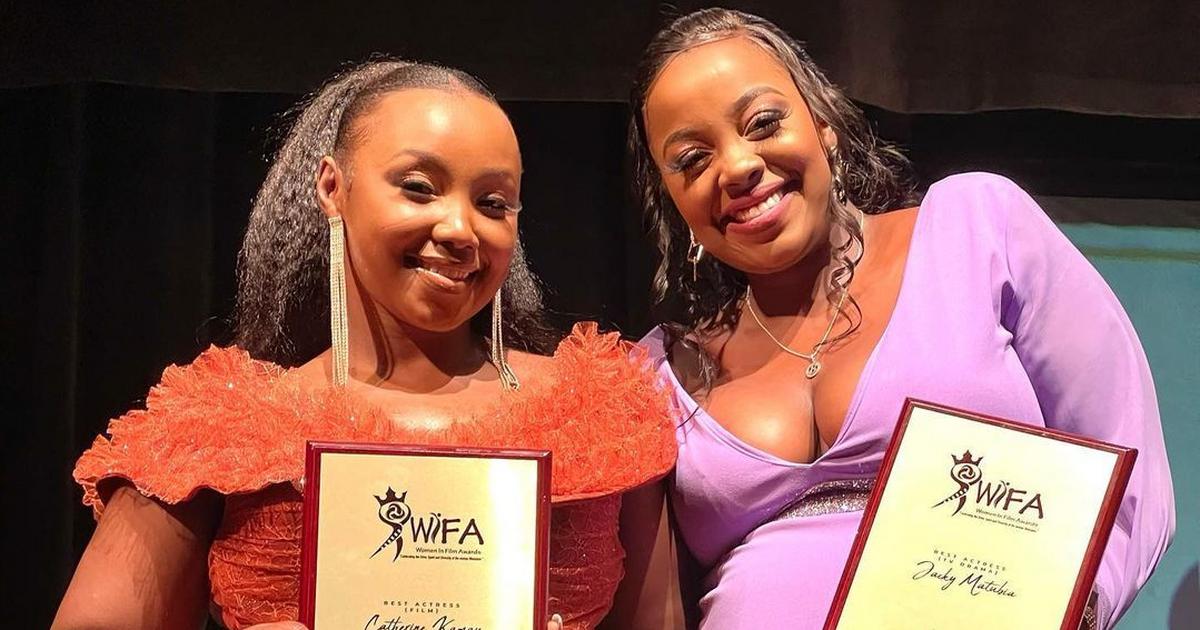 Actress Catherine Kamau known as actress Kate and actress Jackie Matubia were among the biggest winners of the evening.

“When I took on the role of Shiku on #Nafsi , , I was looking to grow as an actor , to push the limits , it is a confirmation that I am on the right track . Thank you very much my people for holding me back, to all #Nafsifilm cast and crew, @odangareuben 🙏🏽… @women_infilmawards Asanteni Sana”, wrote an excited Kate actress.

In Nafsi actress Mumbi Maina and Kate Actress, embody the best childhood friends facing the biggest test of their lives. When Aisha (Mumbi) is unable to conceive after a traumatic childhood experience, her best friend Shiko (Catherine) offers to be her surrogate to help save her marriage, but they soon find that all is easier said than done. ‘to do.

Actress Jackie Matubia has been crowned best actress in a television series after her role in the Citizen TV telenovela ‘Zora’.

“Nana” was a role I loved and acting is my everything ❤️❤️ Thank you my people” wrote Matubia after winning the award.

The Women in Film Awards (WiFA) aims to bring Kenya’s women filmmakers together and provide a space where the diversity of women’s voices, stories and creativity are equally recognized and celebrated.