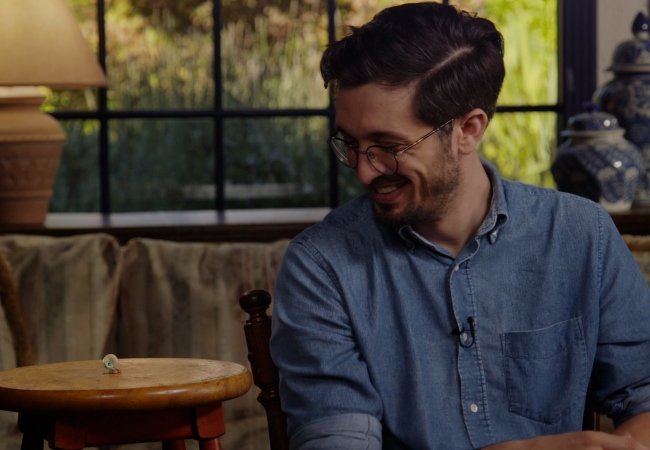 How Marcel the Shell got his shoes; Guest appearance by Carol Burnett

says John Williams Indiana Jones 5 will probably be his final film score; a nice conversation with Marcel the shod shell director Dean Fleischer Camp; people in Japan are raising money to preserve the forest that inspired My Neighbor Totoro. And of course some thoughts on Roe v. Wade. All in today’s Movie News Rundown.

First: We, along with everyone else in America, are processing the news of Roe v. Wade today and understand that you may not care about movie news at all right now. We understood. We are currently collecting feedback and will have it for you soon. Also, if you haven’t already, this is where you can register to vote.

In theaters today: Marcel the shod shell with Dean Fleischer Camp and Jenny Slate; The black phone with Ethan Hawke; and, of course, that of Baz Luhrmann Elvis with Austin Butler. What are you still doing here? Run to the theater. Just kidding, but we’d like you to finish reading this before you do that. But please support your local theatre. Like this one:

Glory: At the Coolidge Corner Theater in Brookline, Massachusetts. This is how you filter Elvis.

Marcel the shod shell: You might not expect to cry during this weird movie, but you probably will. Watch with your family. Anyway, I interviewed Dean Fleischer Camp, who directed the film (he hopes you won’t call it a mockumentary) and appeared in it as himself opposite Jenny Slate as the voice of an adorable talking shell. Would you believe that Marcel’s famous shoes came from a counterfeit Poly Pocket clothing set that Fleischer Camp found in a New York bodega in 2010? There are more fun facts where it came from here.

John Williams steps back: To write film music, but not to write music in general, according to the The Associated Press. He’s 90, okay? He wants more free time. The film’s final score in its incredibly impressive lineup that includes star wars, Fiddler on the Roof, Jaws, ET, Home Alone, Jurassic Park and Schindler’s listwill be Indiana Jones 5, which would see Williams complete her work on the entire beloved franchise. But he also wants to leave the door open: “I don’t want to be seen as categorically eliminating an activity,” he says.

New partnership: NEON has partnered with Ghetto Film School to host a one-day 16mm workshop at Mono No Aware, a community film arts organization in Brooklyn, the film studio announced Thursday. The course was inspired by BABY director Rebeca Huntt, who had an intimate discussion about filmmaking with attendees, who also received a lesson on 16mm shooting with Sophia Stieglitz as well as a full roll of 16mm and a Bolex camera to make their own movies.

Chernobyl: If you’re fascinated by tragic history, you’ll love HBO’s new docuseries Chernobyl: The Lost Tapes directed by James Jones. I had no idea how much I didn’t know about Chernobyl, and honestly, this doc isn’t for the faint of heart. But it is infinitely fascinating. In my interview with Jones, he told me how he had personally tracked down a bunch of unreleased footage that had been shot immediately after the nuclear disaster.

Why has he never been seen? Because it was abandoned.

Why was it set aside? Because it doesn’t make the Soviet Union look good.

New film by Pablo Larraín: Among layoffsNetflix and spencer director Pablo Larraín went into production on El Condea dark comedy that portrays Chilean dictator Augusto Pinochet as a 250-year-old vampire, according to Variety. It looks scary! And bloody.

Save Totoro Forest: That’s what the good people of Tokorozawa, Japan are trying to do, according to The Hollywood Reporter. Their goal is to raise 2.9 billion yen — or $19 million — to purchase and preserve a strip of forest that inspired Hayao Miyazaki as he made My Neighbor Totoro. Of course, Miyazaki’s Studio Ghibli is contributing to the effort, offering prints of Totoro background artwork to those who donate at least $185.

I leave you with this: A cute clip from My Neighbor Totoro.