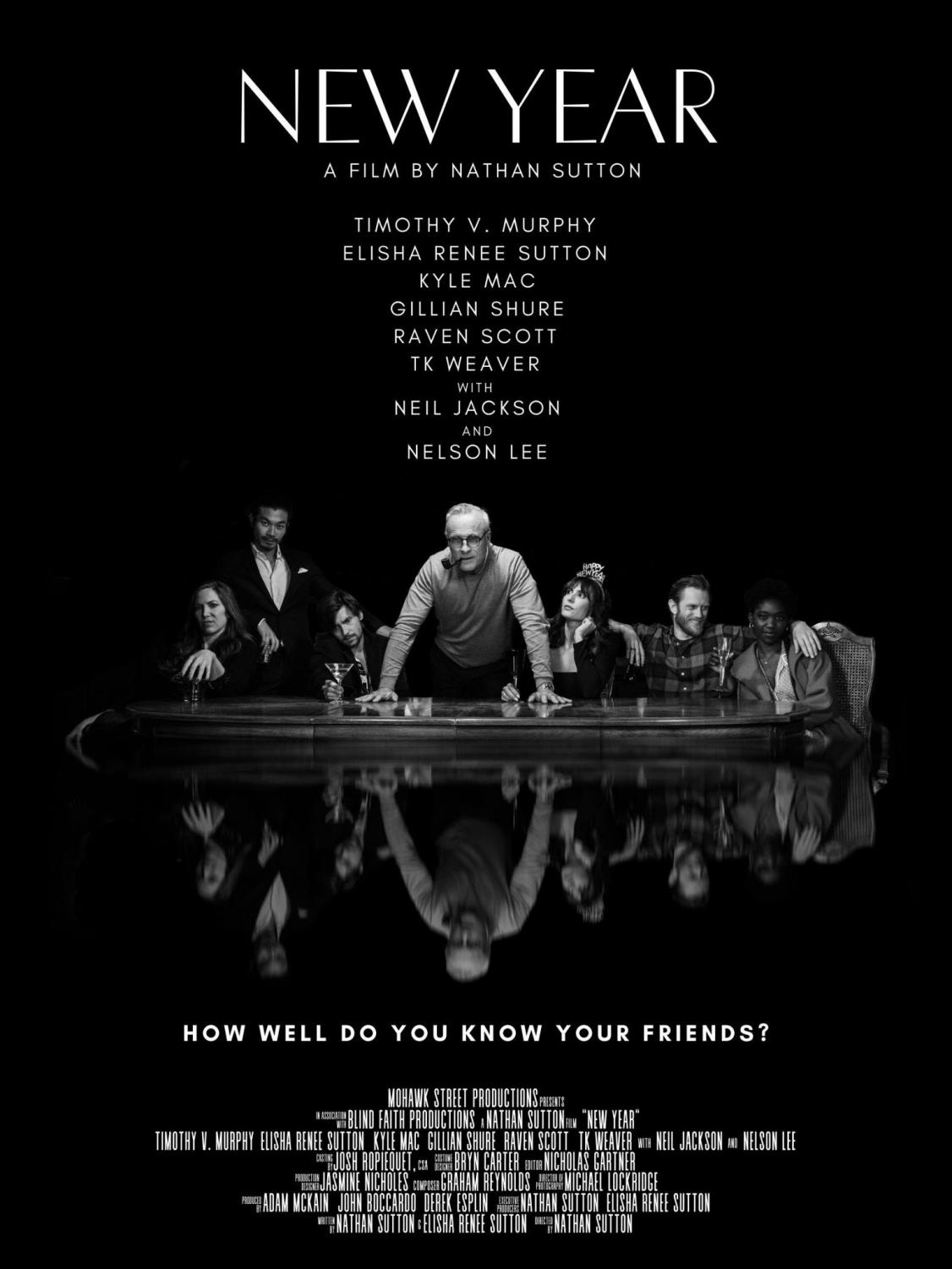 Sometimes a movie’s story is told by what goes unsaid, shots fired, shots not fired, unspoken secrets left simmering, festering and bubbling just below the surface. The new drama film, “New Year,” co-written by Nathan Sutton and his wife ELisha Renée Sutton, follows the line of the spoken and the unspoken, drawing tension from the only slightly veiled secrets of a group of upper-class Hollywood friends, most of whom are artists in one form or another.

The story is told in the reactions of these characters to each other, with the camera often resting its eye on a character who is not even involved in the dialogue of the scene just to focus on their reactions. More than once at the start of the film, it seemed shocking, but as it went on, the central idea of ​​the film became clear. The story is mainly told by the way these characters interact with each other, the way they react to each other, the intricacies of what is said and what is meant, and make the final moments of honesty between them all the more poignant.

A recurring visual element in the film is the use of mirrors. The figures are often photographed in the reflection of a mirror or a window. Notably, the movie poster shows the actors reflected in a mirrored dinner table with their distorted highlights below, an intentional choice by Elisha Renee Sutton.

“We didn’t hesitate to use the mirrors because everything in this film is a reflection,” said Nathan Sutton. “It forces people to look in the mirror and deal with who they are. “

The film is shot creatively, often using the same spaces (the decor of the house) in different ways, often changing the way the viewer sees the same spaces. “New Years” is also in black and white, which helps eliminate distractions to focus the eye on the characters.

“Part of the black and white, and the cart and the way we wanted to attack this movie was to have the intention of what we wanted to say, and making the camera an active part of this movie was trying to guide the paying attention to things the things we think are important rather than [just] capture him, ”said Nathan Sutton.

It’s this attention that can put off at times, but by the end of the movie, there’s no other way it could have been done.

Although the film is about people in the film industry, the creators made a film that uses the arts as a familiar backdrop, but they had no intention of making an “industry film”.

“It’s a personal story and what’s interesting is that people find themselves in the characters whether they’re an actor or not,” said Elisha Renee Sutton. “It can be any person in any profession… and the issues it faces are universal. “

The story the film tells is certainly enhanced by the main characters’ ties to the film industry; However, it seems to have more to do with the film being written by actors. There is an element of authenticity in the performance that comes through in some of the incredibly memorable scenes.

“New Years” is a master class in subtle storytelling, and a creative and inventive tale of twists and twists superficially buried under the guise of a dinner party. Definitely worth watching for any movie buff.

2021-12-19
Previous Post: GUEST APPEARANCE: We need more people like Officer Arroyo | Opinion
Next Post: Bafta will authorize the release of titles entered in the 2022 film awards until June | News