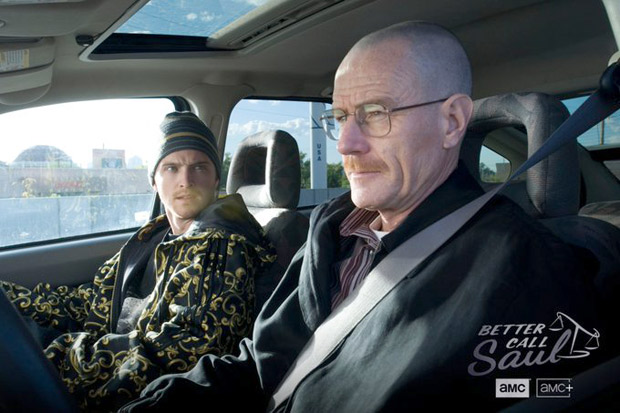 The sixth and final season of You better call Saul which is set to air April 18 on AMC, will feature breaking Bad stars Bryan Cranston and Aaron Paul returning to their iconic and guest star roles in the spin-off, starring Bob Odenkirk as the titular con-man-turned-lawyer.

The news was confirmed by the AMC Network on Twitter with a photo of Walter White (Cranston) and Jesse Pinkman (Paul) along with a simple caption that read, “They’re coming back.”

You better call Saul Co-creator Peter Gould previously broke the news during Saturday’s PaleyFest during a panel for the show, though he was tight-lipped on the details of their return to the franchise, according to Variety.

“I don’t want to spoil it for the audience, but I will say the first question we asked ourselves when we started the show was, ‘Are we going to see Walt and Jesse on the show? Instead of evading, I’ll just say yes,” Gould said on the panel. “How or the circumstances or whatever, you’ll just have to find out for yourself, but I have to say it’s one of the many things I think you’ll find out this season.”

They come back. #You better call Saulpic.twitter.com/IXDq6KarcN

“If you can believe it, there’s more,” added star Bob Odenkirk before Gould cut him off. Aaron Paul revived his role as Jesse in the Netflix spin-off film in 2019 The Caminowhich took place immediately after the events of the breaking Bad final. Cranston and Odenkirk also had cameos in the film. Cranston was a four-time Emmy winner for his five-season run as Breaking Bad’s Walter White, while Paul took gold three times for playing Jesse Pinkman.

You better call Saul stars Rhea Seehorn and Giancarlo Esposito also directed this season’s fourth and sixth episodes, respectively, as announced at PaleyFest. As the outlet notes, many other characters from breaking Bad made their way into spin-off series in its first five seasons, including Hector Salamanca (Mark Margolis), Don Eladio (Steven Bauer) and the Salamanca twins (Luis and Daniel Moncada). Even Hank Schrader (Dean Norris) and Steven Gomez (Steven Michael Quezada) made cameos.