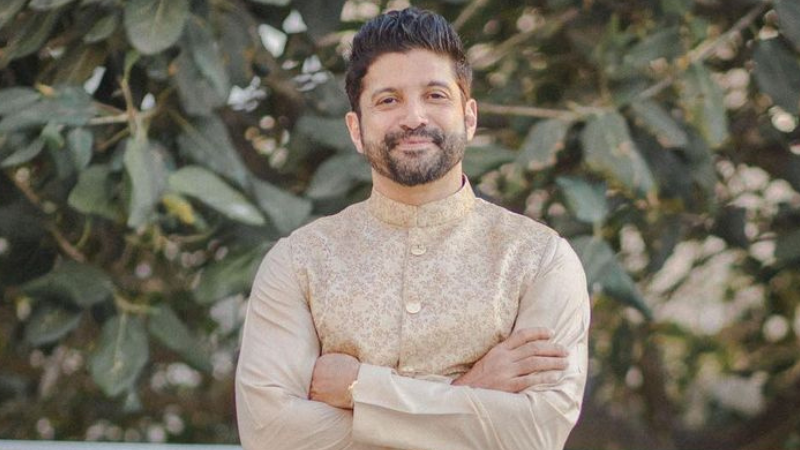 Bollywood’s Farhan Akhtar is set for his MCU cameo as he has confirmed he will be seen in Ms. Marvel very soon. According to Deadline, the actor will be part of the official cast of the highly anticipated Disney+ series with Iman Vellani in the role of Kamala Khan. The fictional character is billed as Marvel’s first Muslim superhero in a lead role.

The May 6 article revealed that he had been confirmed as one of the cast for the series, but his character details were not disclosed. In the show, Kamala is a fan fiction gamer and writer who is an avid Captain Marvel fan. She feels like a stranger in her school and sometimes even at home. That is until she is given the same superpowers as the superheroes she looks up to.

Earlier last year, there were rumors that the actor was working on a special project in Bangkok for Marvel Studios, and they were indeed correct.

Akhtar announced it via Instagram and wrote, “recognizing that the universe provides these opportunities to grow, to learn, and in this case, to have fun doing it.” He received well wishes from many industry friends and bigwigs such as Karan Johar, Arjun Rampal, Amrita Arora, his wife Shibani Dandekar, Vidya Balan, his sister Zoya Akhtar and filmmaker Farah Khan,

Fawad Khan and Mehwish Hayat would also be part of the show. However, so far none of them have been to any of the Ms. Marvel teasers. Other cast members include Aramis Knight, Saagar Shaikh, Rish Shah, Zenobia Shroff, Mohan Kapur, Matt Lintz, Yasmeen Fletcher, Laith Nakli, Azhar Usman, Travina Springer, and Nimra Bucha.

Marvel Studios will release Mrs. Wonder exclusively in cinemas only in Pakistan. Disney and Marvel will create a special theatrical format version of the six-episode series for Pakistan, divided into three parts, according to the director, Sharmeen Obaid Chinoy.

Created by Bisha K Ali, the series will air on June 8 worldwide on Disney+.