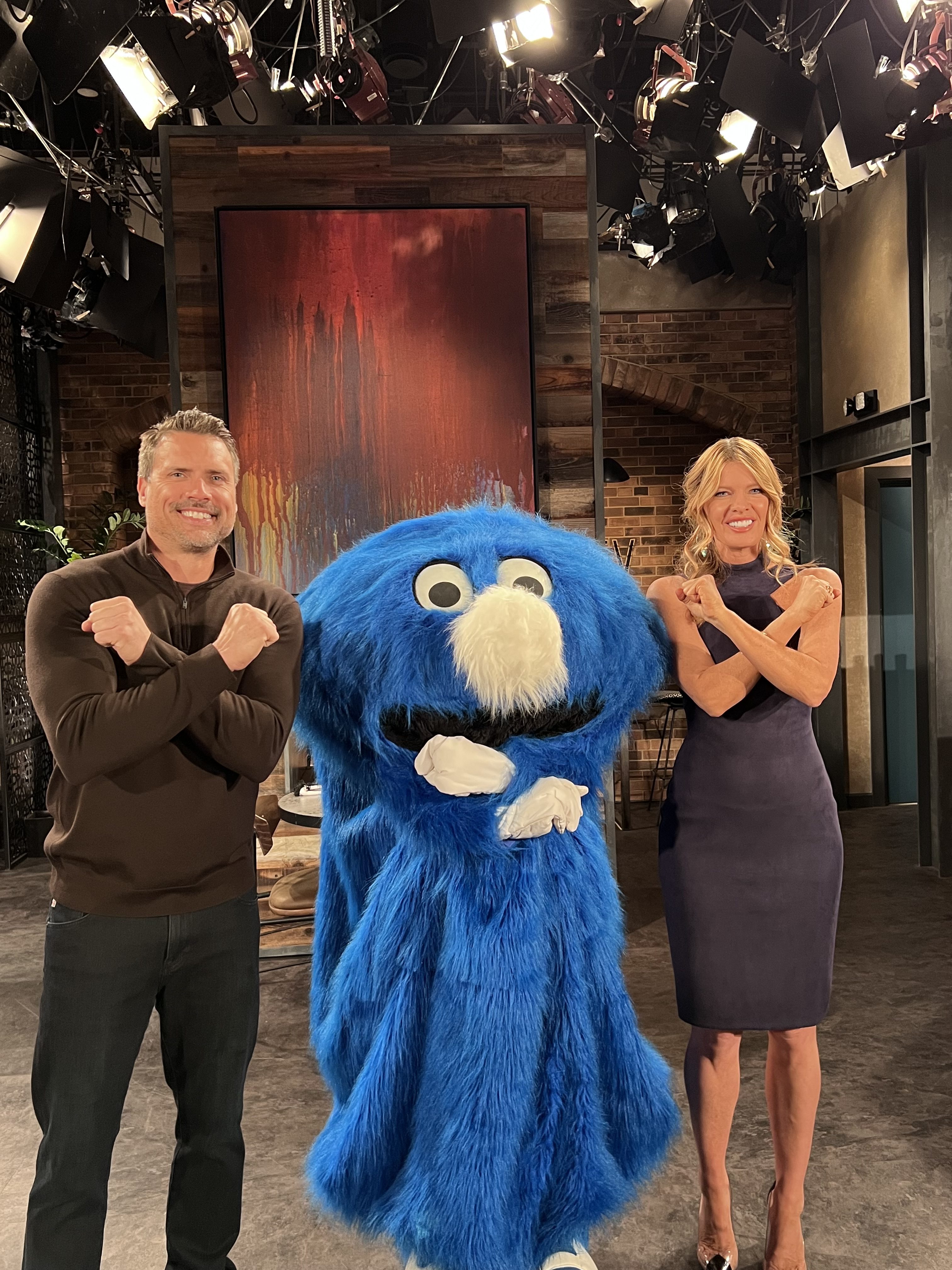 The Blue Blob made a special appearance last week on one of America’s longest-running soap operas of all time, The Young And The Restless.

The episode features Joshua Morrow as Nicholas Newman and Michelle Stafford as Phyllis Summers. The two are seen discussing their relationship when it is learned that Nicholas and the Blue Blob have been seeing each other. The duo warm up before the camera pans over the Blob with his face pressed against the window.

Although you don’t often see Xavier’s mascots on national television, this was a unique opportunity.

CBS Sports reached out to Xavier’s sports marketing department, along with other schools, to gauge interest in sending our mascot to Los Angeles to film a special March Madness crossover episode.

“We were all very excited when CBS Sports contacted us to have the Blue Blob appear on The Young and the Restless. What a fun way to promote the Xavier brand! Hannah Martin, director of athletic marketing, said.

“Our student mascots work hard throughout the season, so I was happy that we were able to send two of our senior mascots to Los Angeles for an experience they will remember for a lifetime,” she added.

The Blue Blob, first introduced in 1985 as a friendly alternative to the more intimidating D’Artagnan, makes regular appearances on the field at Xavier games and pops up on campus.

The Blob has become a fan favorite and is frequently featured on Xavier merchandise. The now-iconic “Roll, Blob, Roll” chant can be heard throughout most games, especially in the student section.

This isn’t the first time Xavier’s mascot has appeared on national television, however.

In 2008, the Blob made an appearance on ESPN’s SportsCenter with former Buffalo Bills quarterback Jim Kelly. In the skit, Kelly loses a game of paper scissors and gives the Blob her Hall of Fame jacket. The Blob then eats the jacket and Kelly walks off in disgrace.

Blue Blob’s most infamous appearance probably didn’t air on TV; it was in Playboy magazine.

The piece, released in 2009, goes deep with the “shaggy, spherical mascot”. Questions ranged from the Blob’s origins to signature moves and, of course, if the Blob had any favorite fights he’d witnessed.

“I’ve had guys try to fight me, but Xavier says they’ll fire me if I fight,” the Blob replied. “But I love playing with other mascots. The best is the St. Joe’s Hawk – supposedly the guy in the costume has to flap at least one of his arms the whole game or he’ll lose his purse. At least one Xavier’s guys will try to fuck with him. But I’ve seen some good fights.