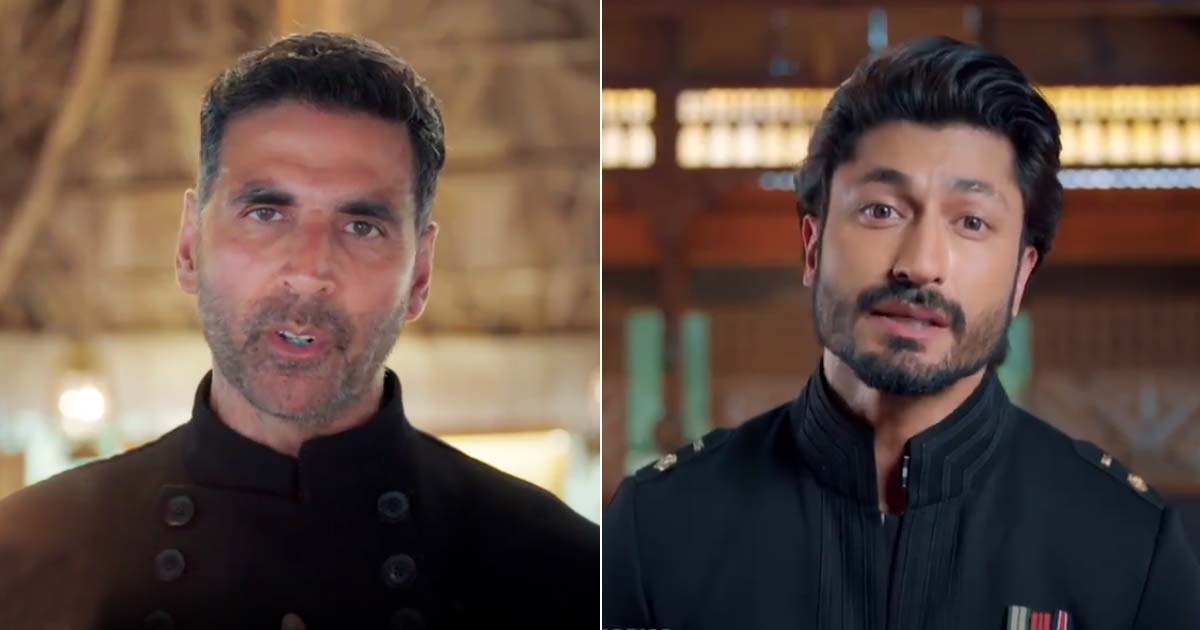 Speaking about the show, Akshay said, “I was nine (years old) when I started practicing martial arts and I owe everything I am today to this art form. When the creators of the show asked me to be part of India’s Ultimate Warrior around combat disciplines as a guest, I was immediately intrigued by the same.

Akshay Kumar continued, “He’s a standout in the reality genre for his intent and authenticity and I’m sure the series will open up to positive audience reactions.”

Vidyut Jammwal, who will be hosting the show, also shared, “It was enriching for me to play the role of host as a dojo master, especially because I lived this subject. Putting the students through a certain set of obstacles that required mental toughness to be able to accomplish the physical feats was the idea behind the show when I started training.

“With a one-of-a-kind concept, combined with expansive and well-researched challenges ranging from Kalaripayattu to Krav Maga, the show promises a visual offering that is unique and unheard of in the reality genre in India.”

In a bid to give India its next ‘Mahayoddha’, the series produced by Base Films will have a Dojo master, Vidyut commands a ‘battle camp’ with mentors namely – Shifu Kanishka, whose love for the arts martial arts made him create his own style Shifu Kanishka Combatives, Shaun Kober, a former rugby player who served in the Australian Army, Bi Nguyen AKA Killer Bee, an expert in Muay Thai, one of the toughest martial arts in the world and Mykel Hawke, a former U.S. Army Special Forces officer.

Speaking about the launch of the show, Megha Tata, Managing Director – South Asia, Discovery Inc said, “Our main goal with this series is to disrupt the reality content category in India and deliver an authentic show that shines a light on the true virtues of a warrior, which has been embedded in the Indian psyche for ages.

Akshay Kumar’s episode will air on Discovery+ on March 11.