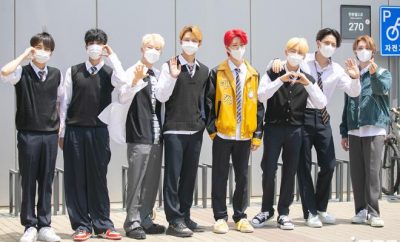 Carats, be sure to watch the next episode of SEVENTEEN on Know the brothers!

Though Incomplete, Eight Members Of Powerful Boy Group SEVENTEEN To Appear On Popular JTBC Variety Show Know the brothers (also known as Ask us anything).

Recently, a representative of Know the brothers confirmed that SEVENTEEN will be making an appearance again. “SEVENTEEN’s Jeonghan, Jun, Joshua, Hoshi, The8, Mingyu, DK, and Seungkwan will appear on the show. The taping will take place on May 12, and it is scheduled to air later in May.

Notably, this will mark SEVENTEEN’s third visit to the program. They previously appeared on the show as a group in August 2019 and October 2020.

Last year, they were also scheduled to return to the show, but it was postponed due to a confirmed case of COVID-19.

Meanwhile, SEVENTEEN will be making their highly anticipated comeback later this month. They will delight fans with their fourth full album Facing the sun on May 27 at 1 p.m. KST.

Stay tuned for more teasers on the upcoming SEVENTEEN Know the brothers episode as well as their return!

How does this story make you feel?